Rob|Arch 2014 was a GREAT success, we want to thank the conference chairs Wes McGee and Monica Ponce de Leon from the University of Michigan’s Taubman College of Architecture and Urban Planning, as well as their entire team, especially Deniz McGee and Aaron Willette for hosting such a perfect conference. We also want to thank our more than 200 (!!!) attendees from all around the world, especially those who actively contributed workshops and papers to the Rob|Arch community. Finally our thanks go out to our industry partners – main conference sponsor KUKA, main workshop sponsors ABB, as well as Stäubli and Schunk.

The hard-working workshop-teams were held awake on the 14th and 15th by our media partner Red Bull‘s “Wing Teams” who distributed all flavors of Red Bull, while event partner Absolut really spiced up the exhibition evening-event on the 18th by providing 50 bottles of Absolut and a “Absolut Robots in Architecture” cocktail that was specially created by the award-winning barkeeper Lukas Hochmuth. As you can see, Rob|Arch 2014 had both hands-on and theory, industry and academia, makers and enterprises, scientific conference and party.

Less than two years ago, in December 2012, the Association for Robots in Architecture hosted the first international conference for robotic fabrication in architecture, art, and design. Initially conceptualized as a medium-sized symposium, it became a full-sized conference with 8 conference workshops distributed throughout Europe, with many European institutions hosting US universities such as Harvard doing a workshop at TU Graz, the Taubman College partnering up with TU Delft, and SciArc’s team coming to TU Vienna’s facilities. As such, the idea was to turn that around for Rob|Arch 2014, with the conference taking part in the US and hosting workshops from abroad. Already at Rob|Arch 2012, Wes McGee of the University of Michigan’s Taubman College of Architecture and Urban Planning expressed interest in hosting the next conference in Ann Arbor. As the world’s largest “architectural” robotic lab, the Taubman College was a logical choice, and we were delighted when Dean Monica Ponce De Leon joined the effort as conference chair alongside Wes, showing the significance of the conference topic, not just for Taubman College but also the architectural community.

When the Call for Workshops went out to academic institutions worldwide there was again a great international resonance from the community, with Carnegie Mellon University joining as workshop host. Finally, eight robot workshops were selected for Rob|Arch 2014, with the Taubman College hosting 4 workshops: a joint workshop on steel-bending with the University of Technology Sydney, a carbon-fibre winding workshop by the University of Stuttgart, a workshop involving sensors and Arduinos by IAAC, and finally a special workshop by Bot & Dolly, who showed some of the programming approaches that were used in projects such as the Oscar-awarded movie Gravity.

At CMU, three workshops took place: Steambending of wood was explored by CMU, while the University of Innsbruck and Harvard GSD explored phase-change materials. Harvard GSD also teamed up for another workshop with the Graz University of Technology and interfaced a Kinect sensor with an ABB robot. The eight workshop took place not too far at Princeton, where Princeton University and Greyshed worked with Augmented Materiality. 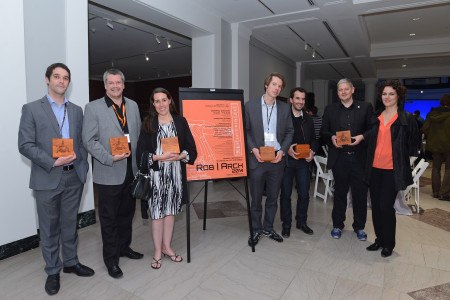 The Rob|Arch community is now reaching a level of maturity where we can look back and see who really influenced the course of things, as well as whom we expect to significantly shape the future of robotic fabrication in architecture, art and design. To honour these individuals as well as company, the Association for Robots in Architecture established a series of awards that were handed out at the Rob|Arch 2014 conference dinner.

Through our sponsors KUKA and ABB, we were also able to award the best paper by a young researcher through the KUKA Young Potential Award, and to support students and individual researchers through the ABB Mobility Grant. 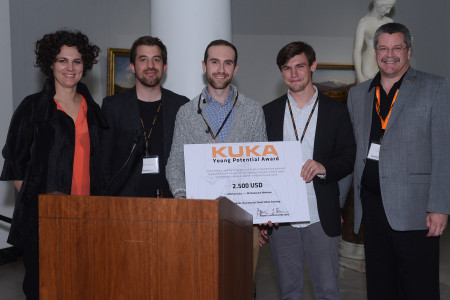 The KUKA Young Potential Award for the best scientific paper at Rob|Arch 2014 went to Ammar Kalo and Michael Jake Newsum of the University of Michigan and SciArc for their paper Robotic Incremental Sheet Forming.

As part of Rob|Arch, we sent out a Call for Videos to encourage submissions from artists and designers, as well as to give paper submissions the chance to illustrate their projects. More than 20 videos were accepted and shown at both the conference venue as well as at the evening event, where they were met with great interested. They will stay to be available online through the Association for Robots in Architecture’s Vimeo channel. Since Rob|Arch 2014 the videos have been accessed online more than 90.000 times!

Of course, a conference is not only about showing ones work to the community, but about networking, setting up business deals, and finding new collaborators or employees. As such we were very happy that the range of attendees included CEOs of large robot manufacturers, representatives of several large industry players, and even organizations such as the Robotic Industries Association and the Association for Advancing Automation. We were especially thrilled about the number of startups, makers, and individual artists who either have already bought robots or are looking to invest in robotic technology.

One of the best indications of the success of Rob|Arch may be that three of four demo robots that were set up at Taubman College were sold “on the spot”, in addition to many other sales that will be finalized in the coming months. Many job opening were also promoted, especially by ICD Stuttgart and ETH Zurich who both received significant funding to set up robotic research centers – a DFG grant for a Collaborative Research Centre at Stuttgart and a NFS for Digital Fabrication in Zurich. 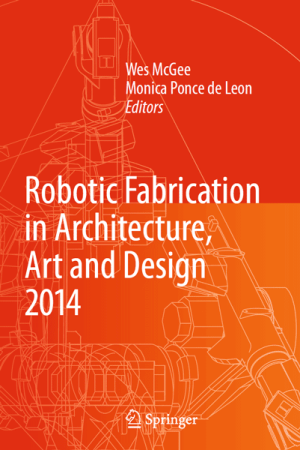 The Rob|Arch 2014 publication is available at Springer both as an eBook as well as in physical form. Members of the Association for Robots in Architecture can download it as a free eBook from the protected member section. 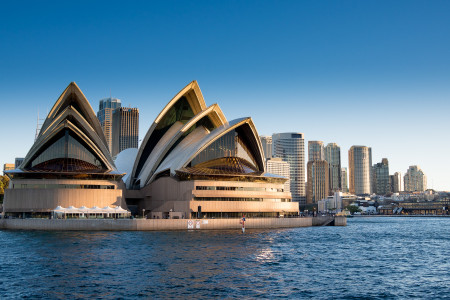 We are extremely thrilled to announce that Rob|Arch 2016 will be hosted at Sydney and chaired by Dagmar Reinhardt and Rob Saunders of the University of Sydney, in collaboration with all other Australian universities that will have robots by 2016, such as RMIT in Melbourne, Bond University in Gold Coast, Technical University of Sydney, Monash University, and the University of Tasmania. It’s already shaping up to be a very special event, so keep the end of 2016 (summer in Australia, winter in Europe and Northern America!) free.